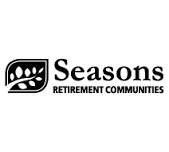 Residents and staff of Seasons Retirement Communities deliver turkeys to 20 food banks across Ontario and Alberta this December.

Seasons Retirement Communities looks to help seniors and families put food on the table this holiday season with a total donation of 1,800 turkeys to local food banks in both provinces.

The “HungerCount 2016” report tells us that older people in small towns and rural areas tend to access food banks more regularly than the national average,” says LeighAnne Voll, executive vice-president, Seasons Retirement Communities. “This finding hits Seasons close to home because many of our retirement communities are located in small towns. We want to fight food insecurity for everyone, but especially for vulnerable seniors living in our Ontario and Alberta communities.”

“Partnerships, like the one Food Banks Alberta has with Seasons Retirement Communities, are worthwhile in several ways. The clients of food banks receive a wonderful addition to a holiday meal and food banks don’t have to budget to pay for these highly needed items, and the residents of the retirement homes get to actively support their community. It’s truly a win-win-win situation,” says Stephanie Walsh-Rigby, director, Food Banks Alberta.

Seasons Retirement Communities in Ontario is donating a total of 1,100 turkeys to local food banks in time for Christmas.

“This incredible gift goes a long way to help us provide the children, adults, and seniors that we serve wholesome, healthy food throughout the holiday season,” says Carolyn Stewart, executive director, Ontario Association of Food Banks.

Each Seasons retirement community delivered the turkeys and other non-perishable food donations to food banks the second week of December.